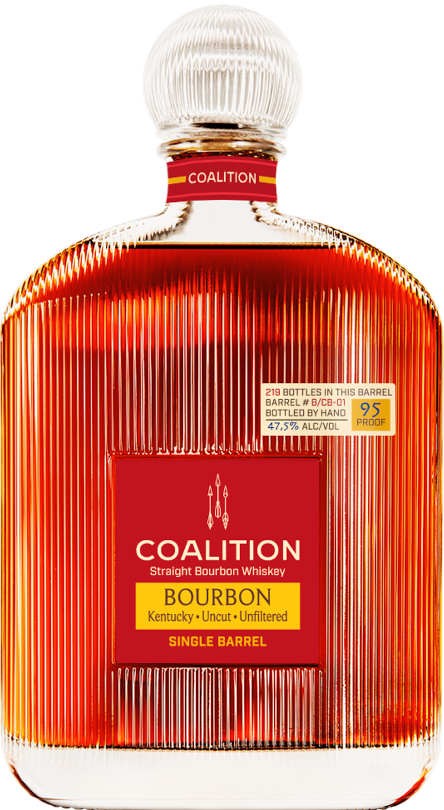 Comes from a very particular barrel of old Kentucky Bourbon, and is characterized as complex and delightful. It is marked by a hint of fruit over the top of vanilla, and sweet baking spices married with fresh oak. On the palate is an initial splash of tart caramel apple, immediately followed by hints of clean honey, fresh baked bread pudding, raisin, and vanilla. The finish is dry with a lingering tease of smoke, fresh fruit, and mint. 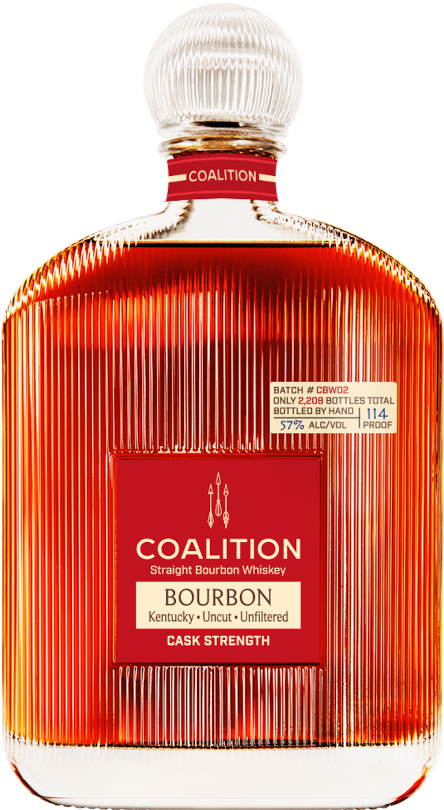 Is a masterful blend of select, old Kentucky Bourbons, all at cask strength as the name indicates. Hand bottled and released in very small batches – it is delicious and rare. It suggests fruit over the top of rich syrup, cinnamon, cardamom, and nutmeg tied in with earthy notes. On the palate it is as smooth as butter, creamy and well-rounded. The finish is mildly sweet with a teasing woodsy aroma.

Blend of up to 10yo Kentucky Bourbon – hand bottled and released in very small batches.

Coalition Bourbon Single Barrel on the palate is an initial splash of tart caramel apple, immediately followed by hints of clean honey, freshly baked bread pudding, raisin, and vanilla. The finish is dry with a lingering tease of fresh fruit and mint.

Coalition Bourbon Cask Strength is tangy, as smooth as butter, tart, and floral. The finish is mildly sweet with a prolonged cool, woodsy aroma.

Why not try both and get Free Shipping? 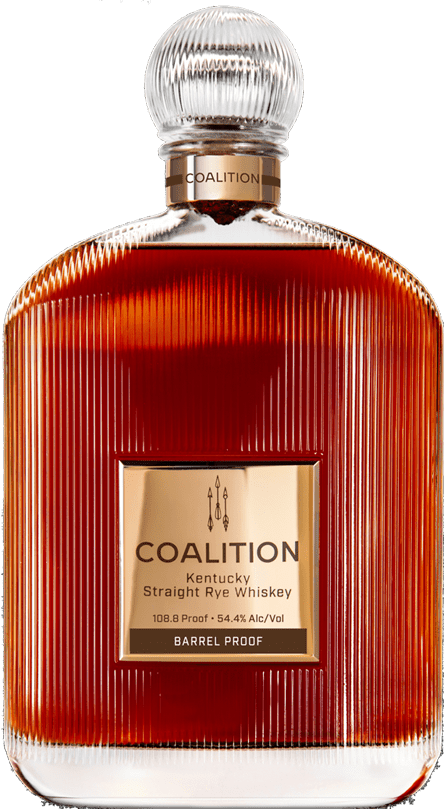 The centerpiece of Coalition Whiskey collection! 100% Rye Kentucky Straight Whiskey is a powerful unique 5 year old Rye, with the precious grain coming from just one mile away from the distillery. It has an amber-gold color and a complex taste with deep spice, butterscotch, and orange peel notes, hints of cedar, tobacco leaves, herbal tea with a peppery finish. 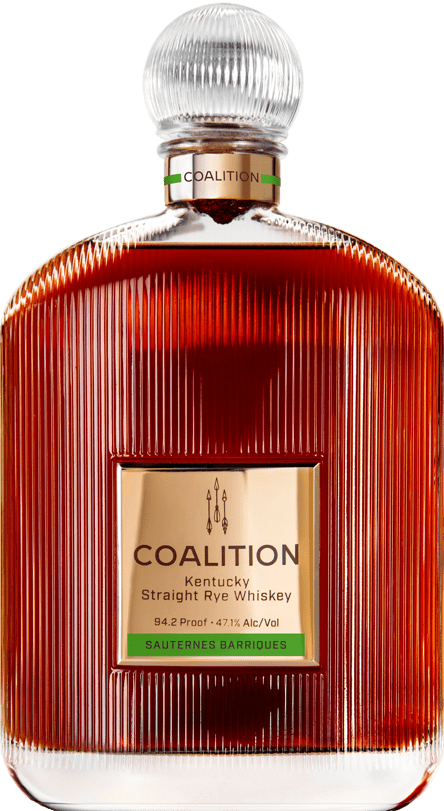 Sophisticated and balanced. Our 100% Rye Kentucky Straight Whiskey is finished in Sauternes barrels. It has a deep amber color and a rich, fragrant nose with perfectly balanced honeyed vanilla notes, caramel, and apricot hints. Exquisite and remarkably elegant, it is smooth on the palate, with luscious flavors of dried fruit, toffee, and a delicate almond finish. 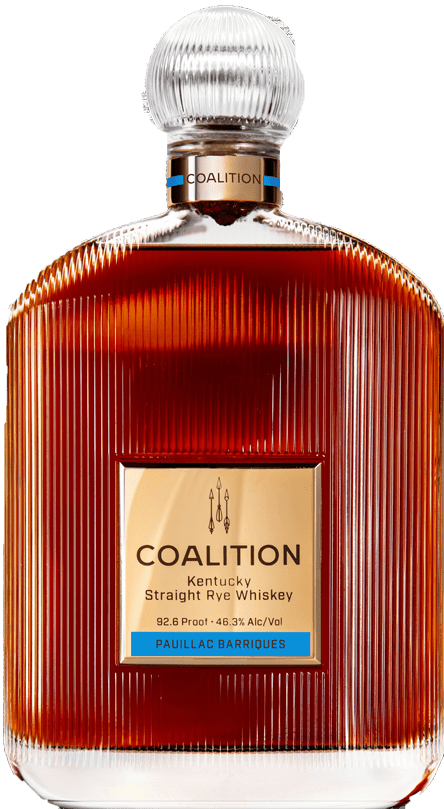 Robust and confident. Our 100% Rye Kentucky Straight Whiskey is finished in Pauillac barrels. It has a dark, seductive amber color and a very complex bouquet rich in blackberry, plum, cherry notes, hints of coffee, and spices, primarily black pepper. On the palate,  the Whiskey shows a generous volume with smoked nuts and a pleasant well – integrated wood finish. 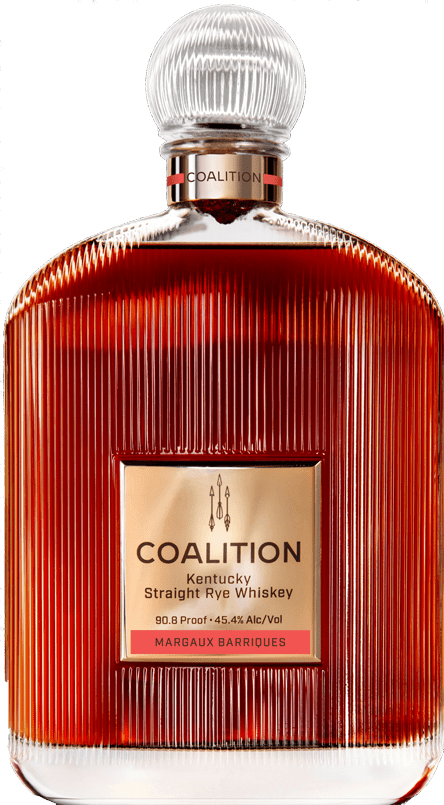 Refined and lively. Our 100% Rye Kentucky Straight Whiskey is finished in Margaux barrels. It has an attractive deep garnet amber color. There is a lot of elegance in the mouth, a good backbone, and a long pleasant finish. Margaux  Barriques Whiskey has a complex flavor with floral notes of violets and lilacs, red fruit nuances, and a touch of roasted coffee beans.

It has long been said that great things can happen when people from different cultures and ways of life work together. For one, whiskey was brought to North America by British subjects. Irish and Scottish immigrants opened the first distilleries along the path to the West. Bourbon, named after a French dynasty, was developed by settlers like the Scots, Irish, Welsh, French, and Germans.

Coalition Whiskey itself is the brainchild of Leonid Yangarber, a veteran spirits business CEO; alongside Steve Thompson, a 40-year master of American whiskey and owner of Kentucky Artisan Distillery; and Ludwig Vanneron, a world-renowned winemaker from Bordeaux, France.

Over sips of great whiskey and fine wine, the triumvirate had the radical idea to offer the public the most flavorful of umber spirits – rye whiskey; and to finish the same in the finest wine barrels (barriques in French) from Bordeaux, in a bid to coax new and intriguing flavors.

Steve already had a select batch of 5-year-old Kentucky straight rye whiskey lovingly made from the Ryman variety of rye grown and harvested within a mile from his Crestwood, KY distillery. This, the coalition named Barrel Proof, and is also the base liquid for the signature Pauillac Barriques, Sauternes Barriques and Margaux Barriques.

The finished expressions are in no small part due to Ludwig’s expertise in sourcing the best Bordeaux wine barrels to complement – not overshadow – the distinct character of rye whiskey. Over 150 barrels were inspected by hand and nose, and 25 shipped from Bordeaux to Kentucky- where Steve carefully oversaw the finishing process over the course of the next few months.

Leonid not only smiles at how far Coalition Whiskey has gone (both literally and figuratively) in order to produce the best, but also because he’s already on the lookout for other industry experts to make new coalitions, and thus, new product offerings.

The way we like to retell our story: A spirits pioneer, a veteran whiskey distiller, and a world-renowned expert winemaker walk into a bar… and soon follow more experts for more coalitions and more possibilities. 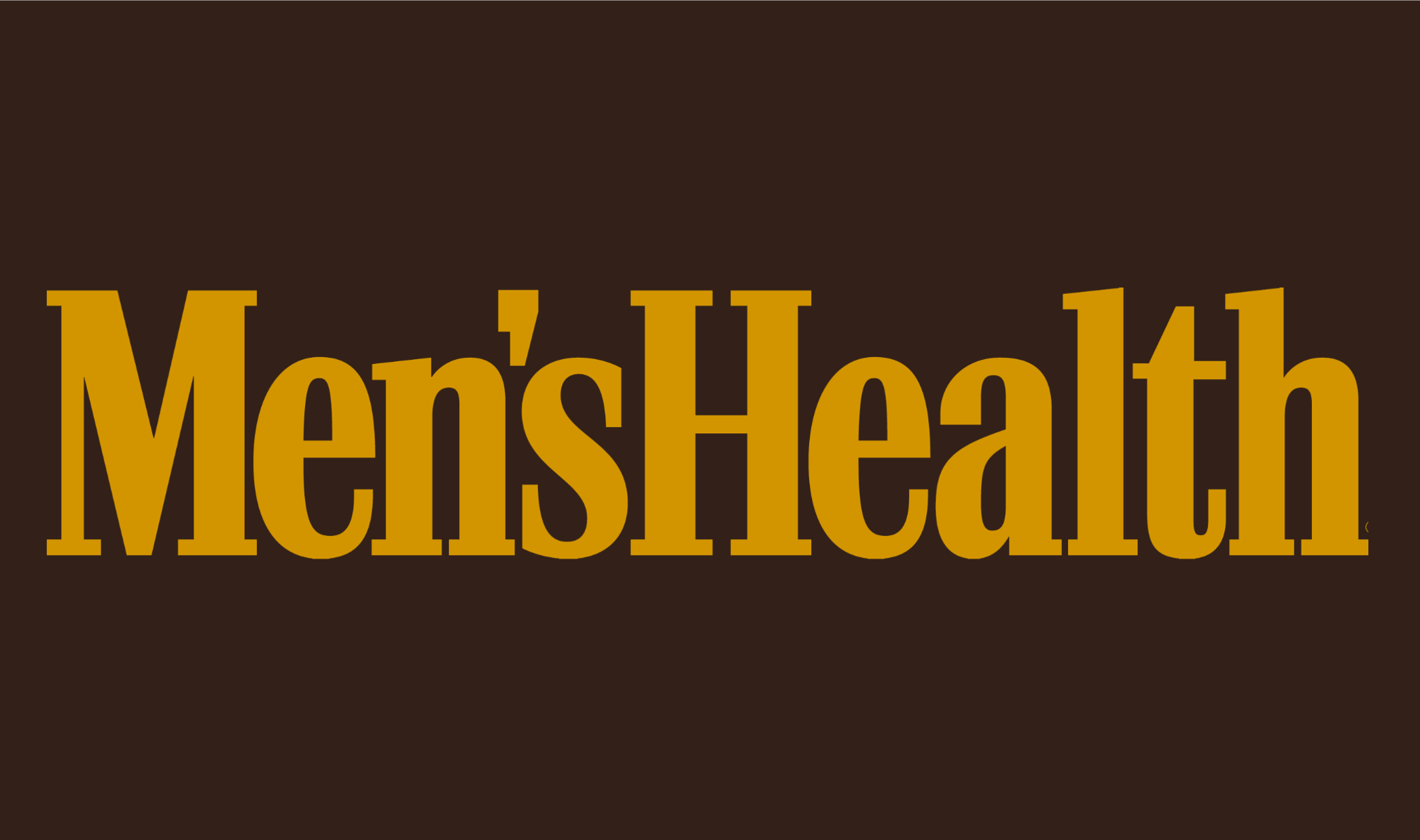 The Best Gifts for Whiskey Lovers This Holiday Season

"I can’t get enough of this Kentucky Rye whiskey, which boasts a rare 100-percent Rye mash bill. It’s aged for five years and then rests in wine barrels for another nine months, resulting in a finished product that’s peppery, complex, and incredibly memorable. It’s a smart pick for the whiskey lover who seemingly has tried everything—but probably hasn’t tried this underrated Rye yet." 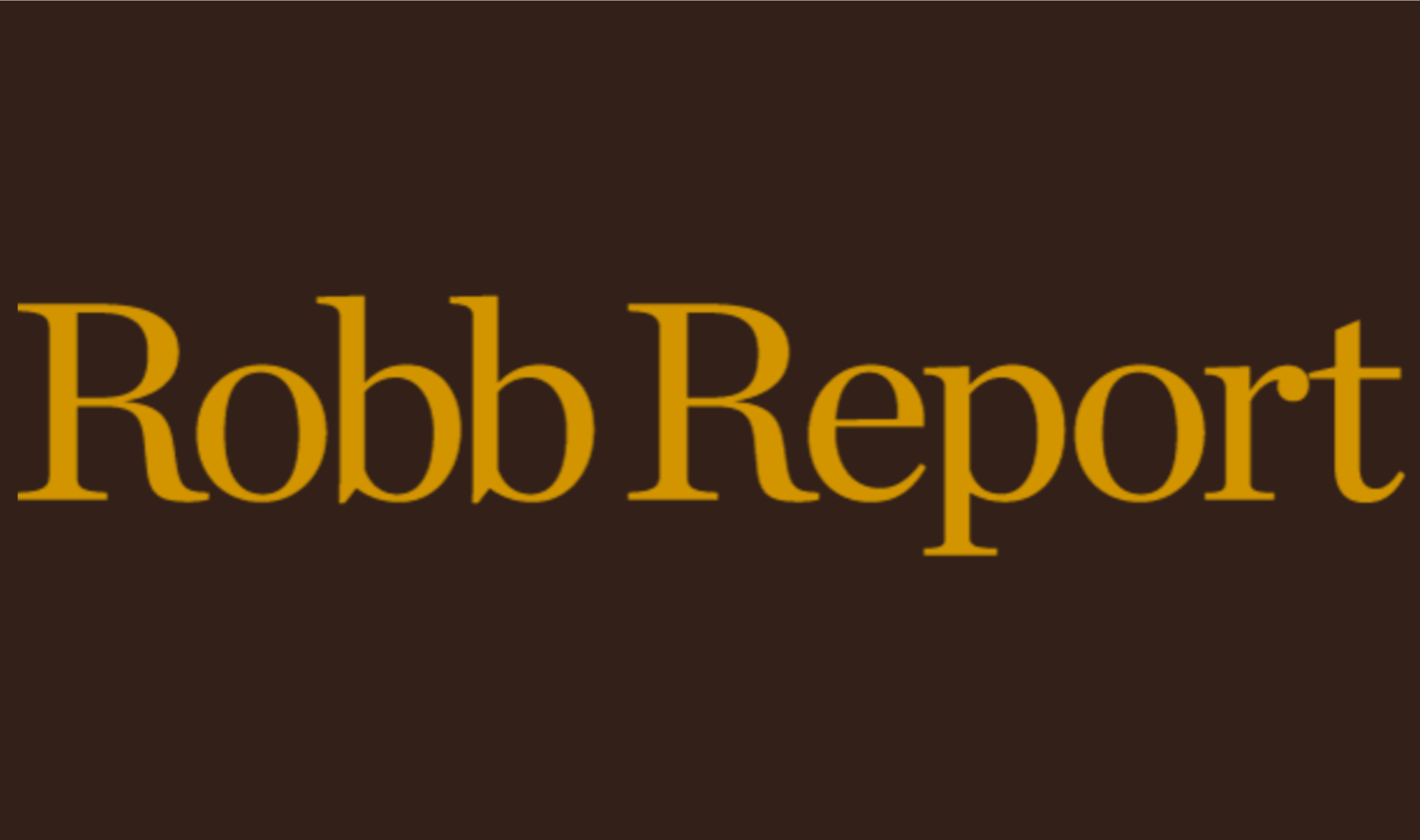 "Coalition Whiskey’s lineup of cask-finished rye whiskeys are intensely flavored, which seems to be the point here. There are three expressions to try. Each is a 100 percent rye whiskey (10 percent malted rye) made at Kentucky Artisan Distillers and aged for at least five years before being finished in a Bordeaux wine barrel for up to nine months." 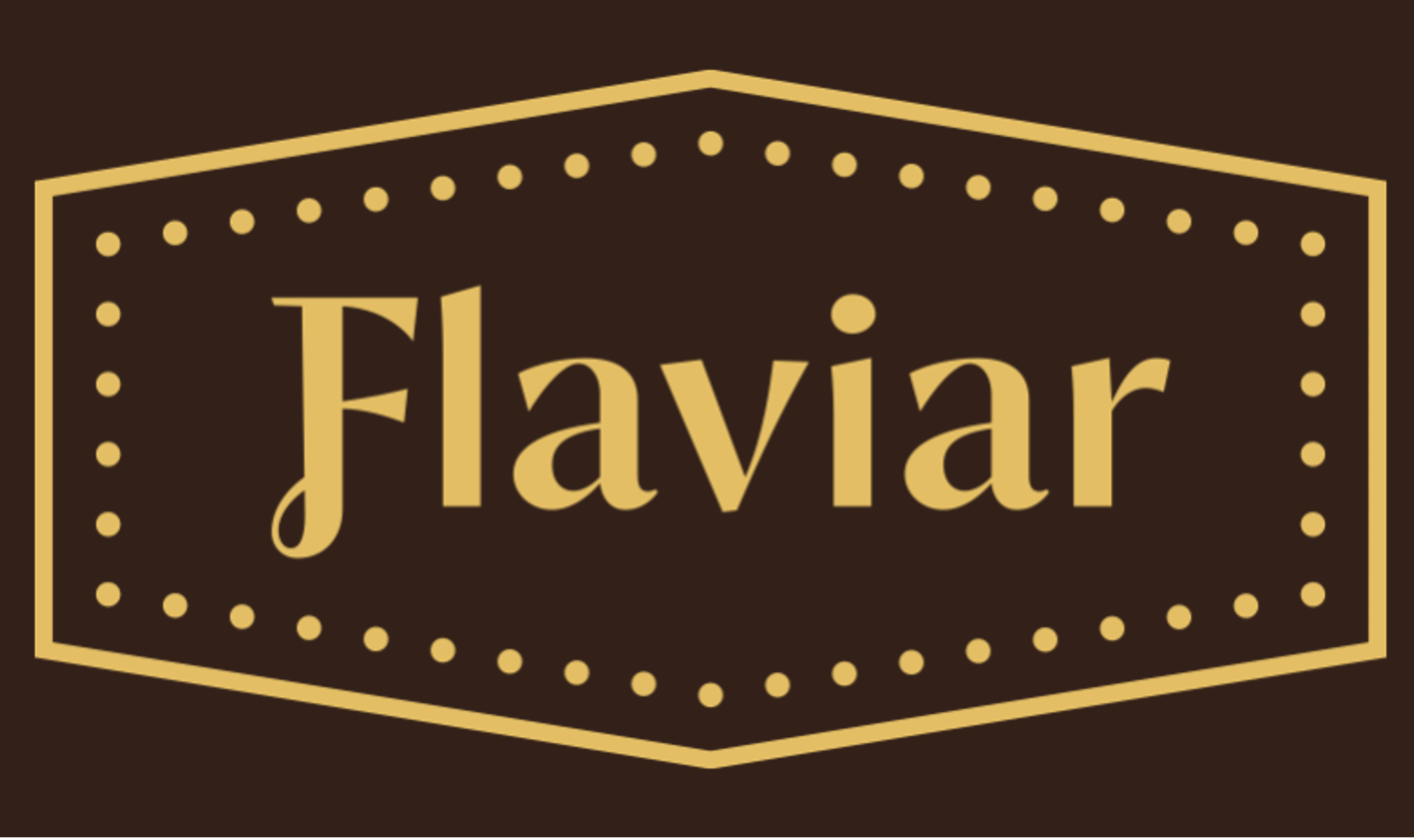 The Roaring Kentucky Rye: Breaking the Rules with Coalition Whiskey

"There, he envisioned a 100% Rye Whiskey made in Kentucky, but he wanted to give it a special twist. So he assembled a coalition of industry experts to help him create a luxurious, 1920s-inspired Bourdeaux Wine barrel-aged Rye the market hasn’t seen before." 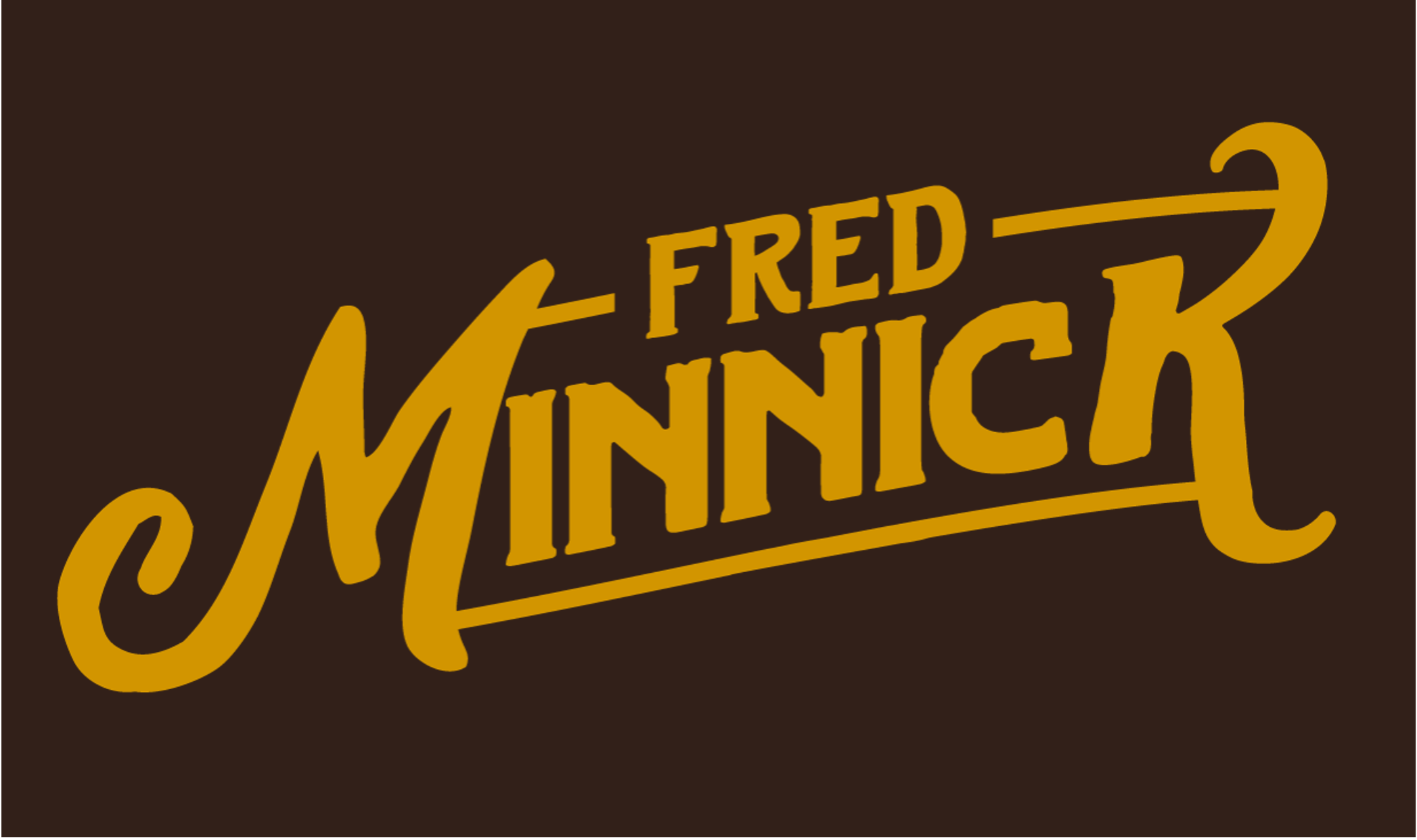 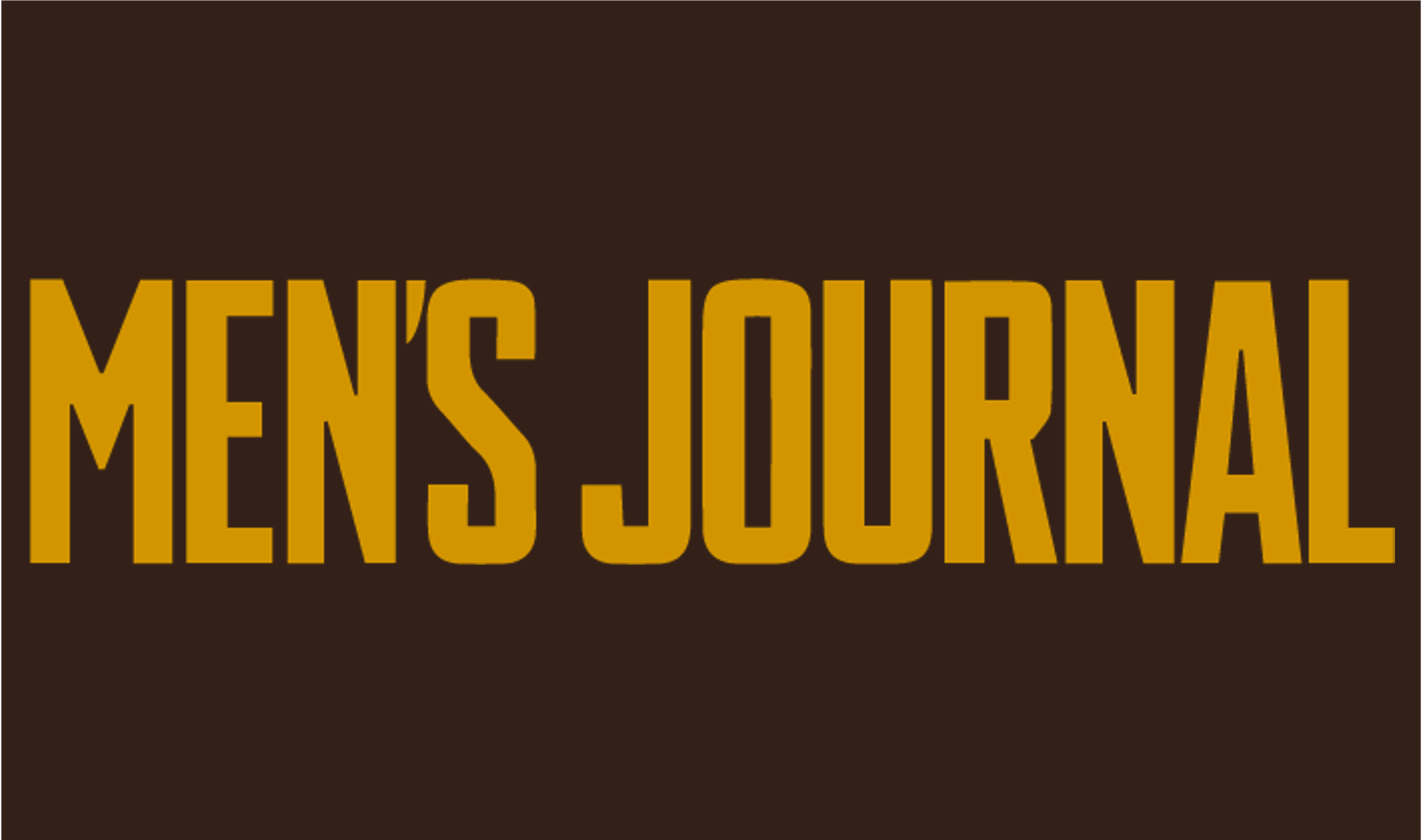 “Lovers of a true, and intense, rye whiskey will rejoice at the upcoming release of Coalition Whiskey's 100 percent rye finished in Bordeaux wine barrels. And there's good reason to celebrate: In the U.S., the majority of rye whiskies aren't made with anything close to a 100 percent rye. ” -  Read The Full Article

"A new 100% rye made at Kentucky Artisan Distillery is launching. Coalition rye includes three wine cask-finished variants (all $90) and a barrel-proof straight rye ($130). The whiskeys are available in several states." 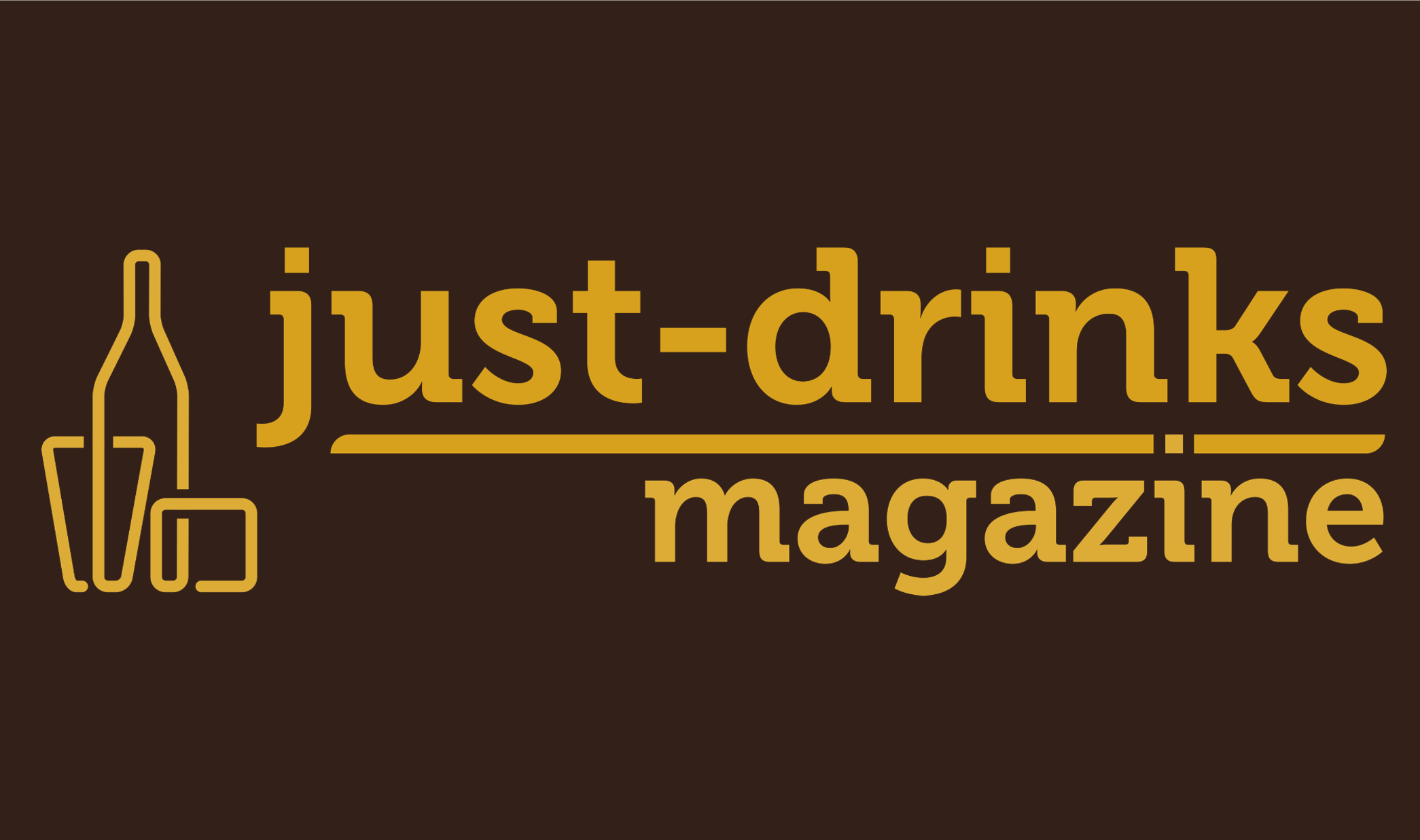 "A three-strong team of drinks industry figures, including the former head of Russian Standard vodka in the US, has launched a trio of 100% rye whiskey expressions that have been finished for up to nine months in wine barrels from Bordeaux."  - Read The Full  Article “NEW YORK CITY  – A fascinating intersection of traditional hand-crafted American Whiskey and world-renowned French wines is on the horizon with the release of Coalition Whiskey – the first 100% Rye Whiskey finished in hand-selected Bordeaux wine barrels.” -  Read The Full Article 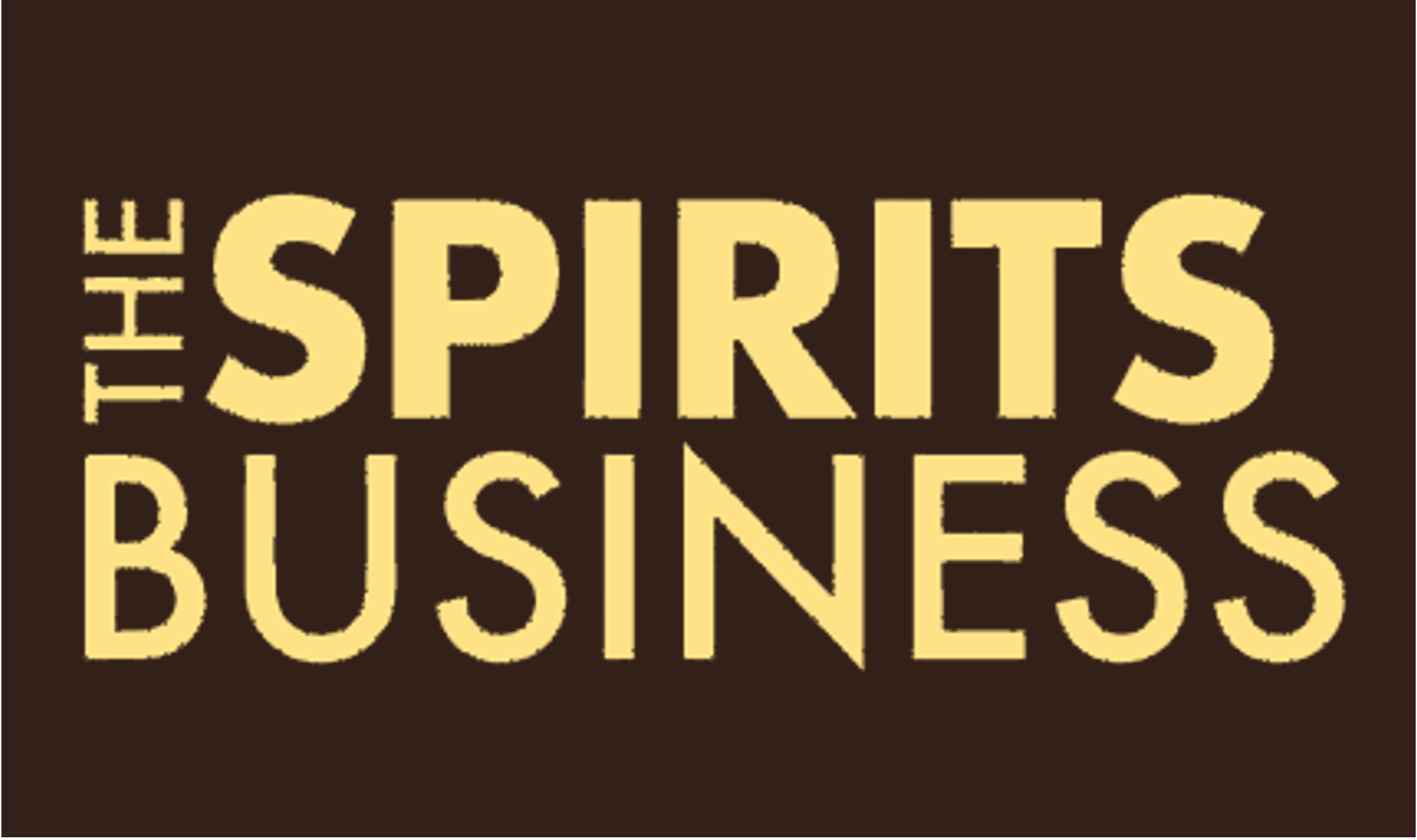 “This new company has released four bottles into the world so far. Three are named for the type of barrels that the whiskey was finished in: Margaux Barriques, Pauillac Barriques, and Sauternes Barriques. Coalition is also offering up Barrel Proof, a limited release of the original base 100% rye whiskey.” -  Read The Full Article 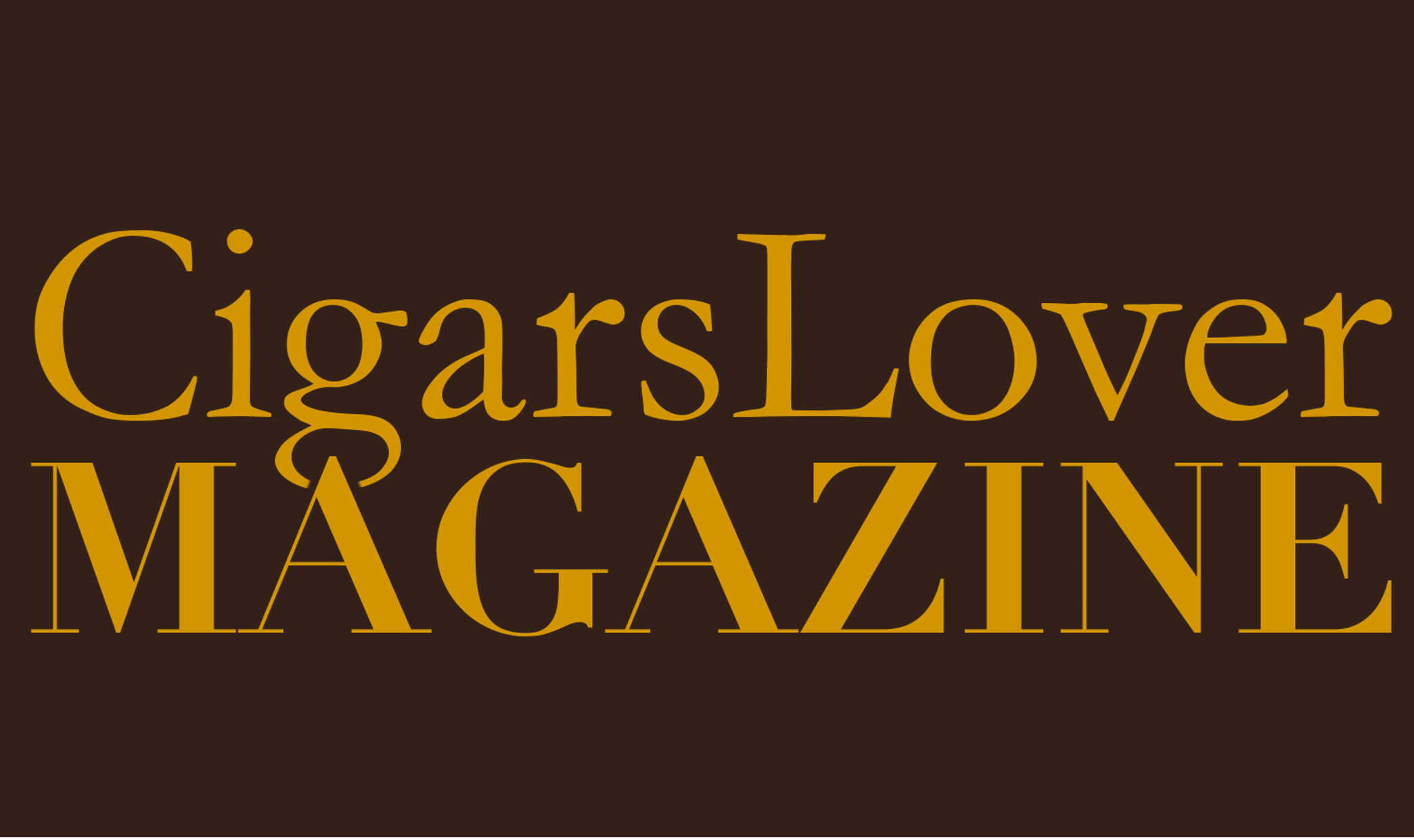 Coalition Whiskey dropping trio of ryes finished in Bordeaux barriques along with a Barrel Proof.

“ The Coalition Whiskey brand is releasing three Bordeaux wine finished rye whiskeys and a barrel proof version. The barrel proof release is so people can experience the whiskey before it is finished in the wine barriques. All four Coalition Whiskey bottlings are made from a 100% rye mash bill (both malted and unmalted rye).”  -  Read The Full Article